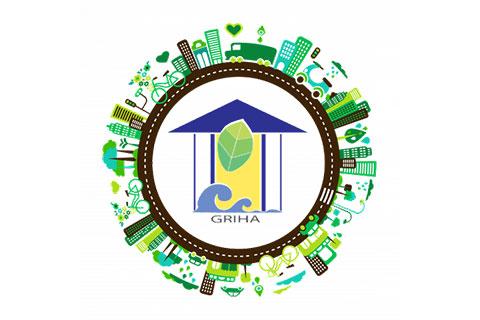 India has been one of the lowest Greenhouse Gas (GHG) emitters in the world, when compared on a per-capita basis and is estimated to be one-third of the global average1. Nonetheless, in terms of the absolute GHG emissions, India is among the world’s top 10 emitters (fifth largest). The catastrophic consequences of these rising emission levels, like changing weather patterns, is being experienced and widely accepted by mankind. Taking cognizance of this, India declared a voluntary goal of reducing the emission intensity of its Gross Domestic Product (GDP), despite having no binding obligations as per the Convention2. Construction sector, being one of the significant contributions to the nation’s GDP, emits about 22% of the total annual emission of Carbon dioxide (CO2) resulting from the Indian economy3. Thus, the Government of India (GoI) in its INDC in response to Conference of the Parties (COP) decisions 1/CP.19 and 1/CP.20, recognized Green Rating for Integrated Habitat Assessment (GRIHA) as a national tool, to evaluate GHG reduction from habitats. The tool, developed by The Energy and Resources Institute (TERI) and adopted by the Ministry of New and Renewable Energy (MNRE), GoI evaluates the environmental performance of all typologies of building, holistically over its entire life cycle, thereby providing a definitive standard for green buildings and sustainable habitats. It is estimated that in 2030, emissions from commercial sector would be approximately 1370 MtCO2e in business as usual scenario4, whereas, if this footprint is in compliance with GRIHA norms, 38% emission reduction can be achieved. In pursuit of reducing resource consumption, GHG emissions and enhancing the use of renewable and recycled resources, state and local partnerships have been fostered. Public Works Department (PWD), Government of Maharashtra (GoM), has entered into a first of its kind agreement with GRIHA Council to ensure that all the upcoming government buildings are mandatorily rated under GRIHA and the evaluation of these projects with respect to GHG reduction is recorded and published publically. This self-sustaining business model for expanding the green footprint in the State and the varied lucrative incentive instruments adopted across the country has accelerated the green building movement in India. It has also acted as a catalyst to craft future policies and actions for India to achieve the national development goals as well as NDC targets in addressing climate change to protect people, livelihoods and ecosystems. As a signatory to the United Nations Framework Convention on Climate Change (UNFCCC), India is expected to undertake actions to adapt buildings to climate change in a manner consistent with the multilateral framework and there are opportunities for country-to-country technology sharing agreements and international capacity building support.